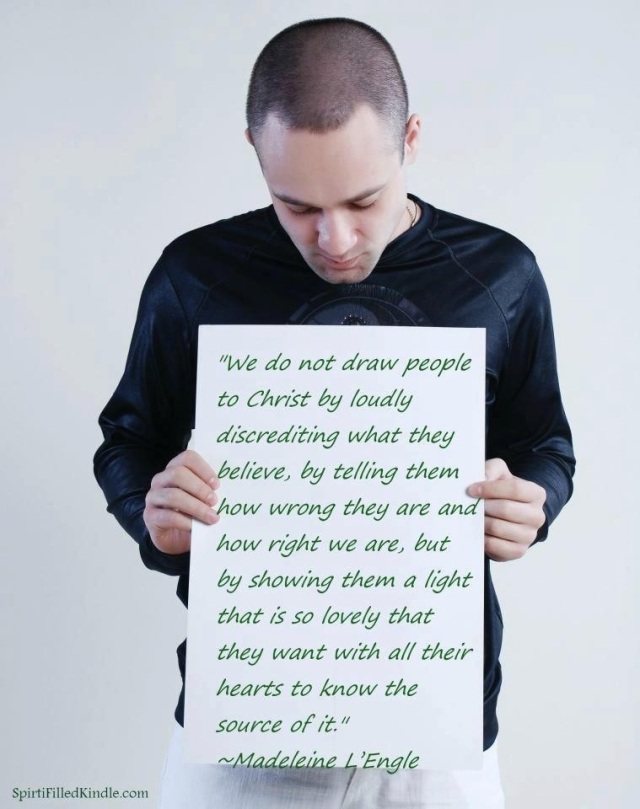 The Cross of Christ is the marking of the turning of the old age–a world lost, broken and hopeless in rebellion, sin and death–into the new age–a world found, being redeemed and offered hope, freedom and life.

So Church, imagine a world where God’s grace and reign is embraced.

Where love leads the way guiding all relationships within humanity, neighbor to neighbor.

Where truth is not only embraced but grounds our lives and consequently, society.

Where God’s definition of justice–making right in this world what has been made wrong by sin, hatred and power mongering simply because we believe that all of life is sacred to God–becomes a catalyst in our society where orphans are housed, the elderly are valued, the widow is supported, the hungry are fed, the naked are clothed, the unborn are protected, and the stranger/foreigner is received in gracious hospitality.

Imagine that world, a world much like the one Jesus demonstrated could be as He lived to show us what it looks like when a human lives in allegiance to the reign of God.

Now, go live like it exists because in the resurrection of Jesus on Easter morn, this is the world God ushered in and He has given us His Spirit so we might join Him in His work of redemption and restoration.