The Social Reality of Poverty 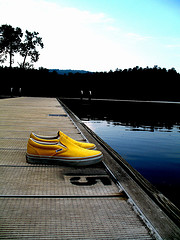 A few weeks ago I was meeting with a man living through homelessness. Acute sickness led to medical treatment that led to missed work. Missed work led to an eviction notice. When we first met in December I could tell he hadn’t been homeless for long. You can always tell when someone is recently socially displaced. Sure enough, he had only been homeless a few months.  I knew I had to “catch” him before his mind slipped into the hellish place of survivability. See, when someone is homeless they move from responsibility and sustainability to survivability. Survivability is where fight, flight or freeze kicks in. It is when the traumatic experience of losing everything and ending up “homeless” takes root in the mind, body and soul. Adverse coping behaviors are developed and behaviors like addictions or manipulation are embraced in the name of survival. In my experience it doesn’t take long for trauma to set in, so I knew I had to catch him.

When we talked I mentioned how difficult it was going to be for him to go back to a “housed” way of life and how likely it would be for him to relapse. Relapse often happens because the cognitive, emotional and social realties of poverty are rarely addressed when someone comes “off the street.” His response was a resounding, “Hell no I won’t!”

Of course. I am glad he was that convicted.

He then told me that the worst part of being homeless isn’t that he has no money or place to live, it’s the despair. I asked him if he would let me to walk with him through this season, after all no one deserves to be alone. He hesitantly agreed.

So I gave him a journal and together we came up with one week’s worth of to-do lists to begin addressing the cognitive reality of poverty. Go here. Go there. Visit here. Do this. It was simple but I knew it would give him something to “live” for, to plan, work toward and do.

A week later he was a different man with a little bit of hope. We bought a gift card for a coffee shop and came up with an additional weekly rhythm where he would go inside, grab a cup of coffee, sit down and read a good book. This was better than hanging out at the train station. Another week later he had a little more hope. He did this and other simple things for two months while applying for jobs (of course it is hard to get a job when you’re carrying your suitcase of belongings in an interview room while smelling like a homeless person). Each time we talked he would always end with, “I have hope and things are looking better.”

Over time he began to trust me. Over time I began to care about him. This leads me to the point of my story.

A few weeks ago we were sitting in my office. By God’s grace and the help of our Executive Director at 3e Restoration Inc, Tammy Harden, (she’s a ninja!) we were able to secure him a place to live with a great room mate (another guy I’m walking with in a similar situation). While we there I invited him to take this journey to the next level, one where I was asking for permission to walk even closer with him.

That is when my heart broke.

He asked why I would want to do take time to walk with him. I said, “Because I’ve grown to care for you, man. You’re my friend.”

He began to weep.

After a few minutes of silence I asked why he was so emotional. “You just don’t know, man. I haven’t heard those words in a long time. When you’re homeless and alone it’s easy to believe no one cares, not even God.”

I didn’t know what to say. All I could think about was how the Person of Jesus, as God-made-flesh, reminds us that no one deserves to be abandoned or stand alone.

Only when we are not alone can the loneliness be manageable. Maybe this is why Jesus promised never to leave us and time and again reminds us that no one is ever lost on God. This is what I have called in the 3e Restoration Curriculum the “Social Reality” of poverty. It’s rarely addressed but is something the local church is perfectly designed for as a community of reconciliation, healing and hope. I find that when a Church embraces gracious hospitality as a posture and way of being in society, surprising friendships are formed and healing begins.

Well, I am grateful to God to share that now my friend has a great job. All it took was a new shirt, new pants, a place to store his belongings, a couple of new friends and a little bit of hope. Seriously, he landed a job with one try once he was able to look and smell the part and have a place to store his gear. I’m also happy to tell you that he will be moving into his new apartment this week. Oh, and one more thing: he knows now beyond the shadow of every doubt that the gospel is good news–healing news. In his words, “I didn’t know how sick I was until I went to the doctor.”

4 Responses to The Social Reality of Poverty