Heretics, Critics, Politics, and Being Ticked

Today I’ve been thinking about Archbishop Oscar Romero. For one, we share first names. For two, his commitment to reconciliation, justice and love for all is astounding. Listen to the love found in his plea:

“And so, brothers and sisters, I repeat again what I have said here so often, addressing by radio those who perhaps have caused so many injustices and acts of violence, those who have brought tears to so many homes, those who have stained themselves with the blood of so many murders, those who have hands soiled with tortures, those who have calloused their consciences, who are unmoved to see under their boots a person abased, suffering, perhaps ready to die. To all of them I say: no matter your crimes. They are ugly and horrible, and you have abased the highest dignity of a human person, but God calls you and forgives you. And here perhaps arises the aversion of those who feel they are laborers from the first hour. How can I be in heaven with those criminals? Brothers and sisters, in heaven there are no criminals. The greatest criminal, once he has repented of his sins, is now a child of God.” 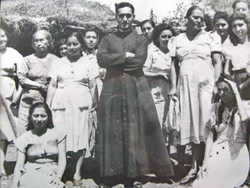 Romero believed in a Jesus who called His people to join God in making right what sin and death had made wrong in this world. He believed that the pursuit of biblical justice and the reconciliation of all people to God and one another, including the reconciliation and forgiveness of the oppressed and oppressor, was paramount to the gospel. He believed that all people were made in the image of God and should be treated as such.

As a priest who lived in El Salvador during the 1960s and 1970s he witnessed systemic oppression and violence. He decided he could no longer remain complicit by his inactivity and that the Church was called to model a different way of being in the world, which would inevitably disrupt the prevailing powers that surrounded the Church. He experienced opposition from all sides, even from within the Church. Knowing this position would cost him his life he once said, “As a Christian I do not believe in death without resurrection. If they kill me, I shall rise again in the Salvadoran people.”

On March 24, 1980, after speaking out against U.S. military support for the government of El Salvador, and calling for soldiers to disobey orders to fire on innocent civilians, Archbishop Romero was shot dead while celebrating Mass at the small chapel of the cancer hospital where he lived. To this day no one is certain who was responsible for his assassination.

“Speak up, judging righteously, and defending the cause of the oppressed and needy,” says the wise man.¹

“Love your neighbor as yourself,” Jesus and His apostles tell us.²

“Be reconciled to God and one another, forgiving and welcoming one another as you have been forgiven and welcomed by God,” the Scriptures remind us.³

There must come a day when these words move from the printed pages of Scripture to the witness of God’s people actively present in society. We must do more than affirm these teachings in our gatherings or on social media. They must be embodied and embraced as a new of being in society that leads to a different way of doing life in society as a people in submission to the Lordship of Jesus.

So why Oscar Romero? Well, his life reminds me that this way of being and doing will not be received by all, including those who bear the name “Christian.” The truth is some Christians are more unknowingly culturally-minded than kingdom-minded. Many bearing the name “Christian” will vehemently deny that there’s anyone to “speak up” for and will label you with politically-charged categorical names. Many will deny that reconciliation is more important that cultural, historical or national commitments. Many will deny (implicitly rather than explicitly) that loving neighbor actually does mean treating them as they would be treated. 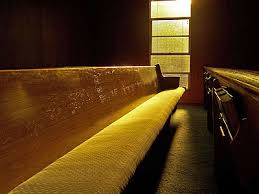 Jesus once said (and the context of this statement is so important), “A prophet will not be accepted in his own hometown.”4  Don’t let Jesus’ words discourage you. I don’t believe they were meant to. I think they were offered as a statement of what is and what will be when we take His proclamation to heart and follow Him in making it our own. In a North American culture where civility is lacking and civic freedom is valued above all else, don’t be surprised when criticism and opposition comes from those closest to you. You will feel the pressure of opposition from one end of the church pew to the other. It is what it is. Jesus knows it. The disciples knew it. Oscar Romero knew it. You and I need to remember it.

In his most provocative sermon Jesus once asked, “Why do you call me Lord and do not do what I say?“5 Most that come against the good news of justice, reconciliation and peace will not know how to answer. Let’s make sure you and I know how, and let’s do so humbly.

Like Oscar Romero, the disciples and our Lord, we cannot back-up, give up, shut up, or even buck-up with a reactionary, antagonistic ticked-off posture. We must choose to be faithful, surrender to the Spirit, and embody the gospel we proclaim, even toward those criticizing from the church pews. And we must remember that the blessed presence of Jesus and the joy that comes from standing with Him far outweighs the labels, allegations and criticisms arising from critics and politics dressed in the clothes of religion.

Press on, my friend.

Fred came to serve greater Williamsburg and WCC as lead pastor in October of 2010 and is grateful to be a part of the family. He is a husband, father, certified trauma professional, S.T.A.R. (strategies for trauma awareness & resilience) practitioner, community organizer, TEDx alum, founder of 3e Restoration, Inc. and co-owner of Philoxenia Culture LLC. He received his B.S. in Ministry/Bible at Amridge University and his Master’s of Religious Education in Missional Leadership from Rochester University. Currently he is a candidate for a Doctorate of Ministry in Contextual Theology in at Northern Seminary in Chicago. Fred has also served as an adjunct professor for Rochester University and Regent University where taught courses in philosophy, ethics, leadership, pastoral care, intro to Christianity, and ethnography. He has also served as a guest lecturer on the subjects of racialized cultural systems, poverty, and missiology at various universities, such as William & Mary and Oklahoma Christian University. Fred has authored on book (Racialized Cultural Systems, Social Displacement and Christian Hospitality) and several curriculum offerings, including The FloorPlan: Living Toward Restoration & Resilience. Fred enjoys hanging out with his family anytime, anywhere. He is deeply grateful for how God graciously works through the Church in all her various forms, despite our brokenness. He is passionate about seeing the last, least, and lonely of every neighborhood, city and nation experience God’s in-breaking kingdom, and come to know Jesus as King. Oh, and his favorite season is Advent and Christmas. Fred is a founding member of the board of directors for Virginia Racial Healing Institute, a member of the leadership team for Williamsburg's local chapter of Coming to the Table, and a member of Greater Williamsburg Trauma-Informed Community Network's Racial Trauma Committee and Training Committee.
View all posts by Fred →
This entry was posted in Social Justice. Bookmark the permalink.

1 Response to Heretics, Critics, Politics, and Being Ticked